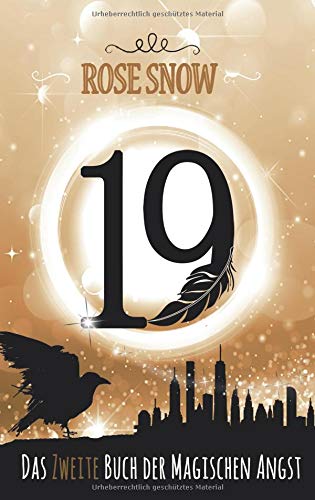 Synopsis:
Cas Lowood has inherited an unusual vocation: He kills the dead.
So did his father before him, until his gruesome murder by a ghost he sought to kill. Now, armed with his father’s mysterious and deadly athame, Cas travels the country with his kitchen-witch mother and their spirit-sniffing cat. Together they follow legends and local lore, trying to keep up with the murderous dead—keeping pesky things like the future and friends at bay.
When they arrive in a new town in search of a ghost the locals call Anna Dressed in Blood, Cas doesn’t expect anything outside of the ordinary: move, hunt, kill. What he finds instead is a girl entangled in curses and rage, a ghost like he’s never faced before. She still wears the dress she wore on the day of her brutal murder in 1958: once white, but now stained red and dripping blood. Since her death, Anna has killed any and every person who has dared to step into the deserted Victorian she used to call home.
And she, for whatever reason, spares his life. (Source: Goodreads.com)

My thoughts about the book:
I’ve not even read the first two chapters and I‘ve immediately known – YES, this is a book, which I’ll like and in the end it has turned out, that I was right. From the first pages on, I felt the same atmosphere, I’ve while watching the TV-series ‘Supernatural‘ and also the language was similar to this show. What is fantastic for me, because I’m a huge fan of the series! Unfortunately, here there is missing the sexy brother, but I can live with that, because Cas is also not ugly, but exactly the contrary. 😉 Moreover, he is funny, charming, though a little bullheaded, but nevertheless he acts with caution, is cheeky and just refreshing!

Cas is in general a very likeable character, who though sometimes is a little bit arrogant about himself, when it comes to his specialty ->  killing ghosts, but the reader thereby also recognize a little his insecurity behind the cool facade.
Also Anna was an interesting character, who sometimes was also cruel and had a bad side in her, but she also has a good and disarming one, so that the read can’t divide her in ‘black and white’, but in grey shades.
It was like this also with almost every character in the book, that every figure showed their good and also weaker sides as well. As for example one of the characters later played the hero in the second row and he was a guy, who showed little courage at the beginning or Carmel, the blond beauty of the school, who later presents more than only her appearance.

In spite of the subject about ghosts and the creepy background, it is also really funny and is written very refreshing. The narrative view is from Cas, and I like it that once a guy is telling the story instead of a girl – and I’ve liked this much. Add to that the story was written in the present, which has fitted well to the plot and the tempo.
I find particularly the writing manner of Blake very easy, loosey-goosey and fast to read. It’s not overloaded, but contains nice approaches and descriptions of Cas’ feelings. Moreover, I think that the author writes the dialogues just great. I find some authors write them easier and other have more problems with dialogues. But Blake’s dialogues sounded absolutely natural and they always fits perfectly in the story. *great*

Up to now it sounds really great and now you probably ask yourselves, why the book hasn’t got five stars. This is due to the fact that the book has become weaker in the last third section. Not only by the plot, but unfortunately also by the characters. Anyhow Cas lost some of his spirit and also his connection with Anna wasn’t right. Though it was nice, but it was also too quick and also illogical.
The same happens with the famous ‚final battle‘, which got heightened till the end and then was solved too easily. Here for me the end was also over too quickly and too short. I would have wished for more information, because at the end, there were still some questions open.

Luckily there is still a second part, which I’ll read for sure and I hope that this will be published soon in German. In English you can already get the second part, so hopefully it won’t last long with the translation.

Cover:
It’s an absolutely brilliant cover, which has made me curious right from my first look. I think it doesn’t only looks great and special, but it also fits perfectly to the plot of the book! *top*

All in all:
I found this book really very entertaining, exciting and every now and then also creepy, but still within the scope for a YA book. The dialogues, characters and writing style were great and I like to recommend this book gladly, especially for fans of ‘Supernatural’

A huge Thanks for the reviewer’s copy to:

About the author – Kendare Blake:
Kendare Blake is an import from South Korea who was raised in the United States by caucasian parents. You know, that old chestnut. She received a Bachelor’s degree in Business from Ithaca College and a Master’s degree in Writing from Middlesex University in London. She brakes for animals, the largest of which was a deer, which sadly didn’t make it, and the smallest of which was a mouse, which did, but it took forever. Amongst her likes are Greek Mythology, rare red meat and veganism. She also enjoys girls who can think with the boys like Ayn Rand, and boys who scare the morality into people, like Bret Easton Ellis.
(Source: http://kendareblake.com/bio.php)