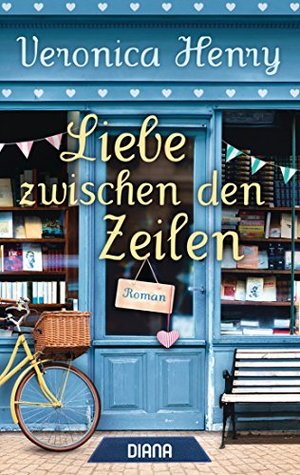 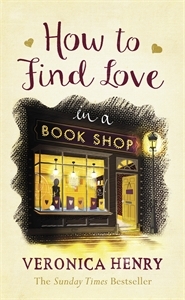 Veronica Henry:
Veronica Henry was a television script writer before turning her hand to fiction. She has published sixteen novels which she describes as realistic escapism – her setting are gorgeous, but her characters have problems and dilemmas everyone can identify with.
(Source: Goodreads.com)

[Review] The Sea of Tranquility

‚The Sea of Tranquility‘
by Katja Millay...

Synopsis:
Former piano prodigy Nastya Kashnikov wants two things: to get through high school without anyone learning about her past and to make the boy who took everything from her—her identity, her spirit, her will to live—pay.
Josh Bennett’s story is no secret: every person he loves has been taken from his life until, at seventeen years old, there is no one left. Now all he wants is be left alone and people allow it because when your name is synonymous with death, everyone tends to give you your space.
Everyone except Nastya, the mysterious new girl at school who starts showing up and won’t go away until she’s insinuated herself into every aspect of his life. But the more he gets to know her, the more of an enigma she becomes. As their relationship intensifies and the unanswered questions begin to pile up, he starts to wonder if he will ever learn the secrets she’s been hiding—or if he even wants to. (Source: Goodreads.com)

My thoughts about the book:
Holly crap-that, book brought me to heaven, then hell and back again.
But let us start slowly and from the beginning. The story was written in the present – what I like much in English books – and it switches the POV between the two central characters Nastya and Josh. I liked that and it has also fitted very well to the story and gave me the feeling that I’m in the heads of the characters and that I really could get to know them. Furthermore I also find Millay’s writing manner very suitable and pleasant, although she also let her characters curse out loudly if it fits – and it does. These are teenagers anyway and therefore it feels real and it’s great to read and it was fantastic. Oh, I repeat myself, but yes, it was really good 😉

This book is at the beginning very similar to the book ‘Speak’ by Anderson, but it was written much better – in my opinion. And the most amusing part was for me that Millay has made it possible that I’ve not noticed at all in the first chapters, that Nastya isn’t speaking; not a single word. But she communicates with the reader in a manner that this goes by completely unnoticed. Only when it was explicitly pointed out that she isn’t speaking, I’ve noted it and had to turn back and read parts of it once again to convince myself that she really has spoken no word so far. Really awesome and it shows the great writing manner of Millay. *brillant*

Now to the story: Both characters, Nastya and Josh, have massive problems with themselves and the world in general, which results from painful strokes of fate, which I wouldn’t even wish my biggest enemy. But both don‘t surrender, but fight further in their life and at some point and somehow these two ‘damaged’ characters meet each other. And both know that the other one is just as broken as they are. Cut a long story short– they become friends, become more familiar and it happens even more between them, what I don’t want to tell you right now. Only thus much – that the whole time I was with my heart with them and every page I worried so much about them. They both put me under their spell, especially Josh and now he is also my ‘book boyfriend’ of the month!

You can see now that not only the story could convince me and their way and their fights from their personal hells, no – also the characters themselves. Nastya wasn’t likeable to me immediately; I had to get to know her to get a better picture of her. However, also had my problems with it because she tells a lot and thinks about much, but she reveals only fragments of herself and together with Josh, I tried to solve her jigsaw puzzle and to discover her secret. And Josh – oh ♥ Josh ♥ – he is just amazing and I can’t catch it in words, how much I have suffered with him. Not only because of his past but also in between the story because of his problems with Nastya. Beside my darling Josh, I was also a fan of Clay and Drew. Drew is the sunny-boy of the story who makes everything a little lighter, and who you have to get to know a little better to look behind his narcissistic facade. And sometimes for me he was like a Golden Retriever – I just had to love him. 😉
And his parents, particularly the mother of Drew, are also absolutely great and here it has amused me to read also about other characters.

Now to the points which I haven’t liked so much and which are the reason, why I can’t rate the book with 5 points. The first reason is Nastya. Of course I could understand why Nastya doesn’t speak so long and it was okay for me, but after three quarters of the book, it was more and more illogical for me, why she is speaking with others, but not yet with her parents – or also why she didn’t tell Josh everything. I know, everybody processes traumas differently, longer or shorter. But personally I found Josh’s strokes of fate worse and emotional more difficult to endure, but still he has opened himself for her, has trusted her, but Nastya kept him in suspense, and there were times, where I just wanted to strangle her. Then I wanted to hug her and take her pain way and there were even parts, where I wanted both of it at the same time.
Beside my problems with Nastya’s behavior, I also have to admit that sometimes it dragged a little. Everything was described very long and precisely and the story developed very slowly. Which wouldn’t have disturbed me – because I like it when relationships grow slowly– BUT the romantic scenes were also totally short and were written only like ‘by the way’ alongside the story, without getting into details or taking some time for it, for what I’ve wished for after all the struggle.
Moreover to that I didn’t liked it that sometimes in the middle of a scene, in which they have discussed something important, the chapter just ended and the scene was over, and then it was a jump to the next chapter, several hours or days later – without going in more detail on what has happened exactly in the previous scene. Gosh, I think this was the point which has frustrated me the most! And this point is probably also responsible for the rating. 😉

Cover (Atria Books):
Extremely nice cover and I must admit that I wanted the book in the first place because of the beautiful cover. 🙂

All in all:
I have no words for all feelings which this book has triggered in me and I don’t know whether I should be pleased with the sad, depressive parts or saddened. But they have moved me all together, as well as everything else in this story broke my heart and joined together again.
After the end of the book I feel like after a long run in which were are strenuous and lighter phases and now I’m just exhausted, but in good way. It is even in such a way that I won’t read another book in the next two days … because I just can’t. I simply need a break to come to terms with it. Weird – that’s a first.

Thanks to netgalley.com for the reviewer’s copy!

Nastya: ‚People like to say love is unconditional, but it’s not, and even if it was unconditional, it’s still never free. There’s always an expectation attached. They always want something in return. Like they want you to be happy or whatever and that makes you automatically responsible for their happiness because they won’t be happy unless you are … I just don’t want that responsibility.‘

Josh: ‚First you count it in minutes, then in hours. You count in days, then in weeks, then months. Then one day you realize that you aren’t counting anymore, and you don’t even know when you’ve stopped. That’s the moment they’re gone.‘

Josh: „I wished my mother was here tonight, which is stupid, because it’s an impossible wish.“ He shrugs and turns to me, drowning the smile that cracks me every time.
“It’s not stupid to want to see her again.”
“It wasn’t so much that I wanted to see her again,” he says, looking at me with the depth of more than seventeen years in his eyes. “I wanted her to see you.”
.

About the author – Katja Millay:
She grew up in Florida where she spent her time hiding from the sun. Then she moved to NYC where she attended film school at NYU and spent her time hiding from the rats. She was a high school film production/screenwriting teacher in a former life and now she sits at her kitchen table writing stories and ignoring the frightening mountain of laundry threatening to overtake her home. The Sea of Tranquility is her first novel. (Source: goodreads.com)