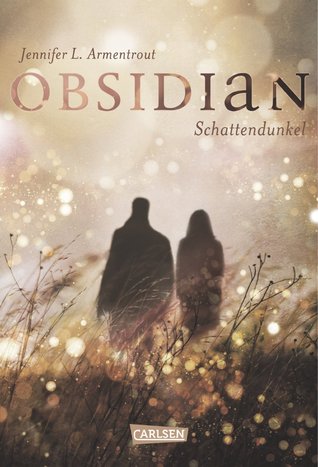 Synopsis:
Starting over sucks.
When we moved to West Virginia right before my senior year, I’d pretty much resigned myself to thick accents, dodgy internet access, and a whole lot of boring…. until I spotted my hot neighbor, with his looming height and eerie green eyes. Things were looking up.
And then he opened his mouth.
Daemon is infuriating. Arrogant. Stab-worthy. We do not get along. At all. But when a stranger attacks me and Daemon literally freezes time with a wave of his hand, well, something…unexpected happens.
The hot alien living next door marks me.
You heard me. Alien. Turns out Daemon and his sister have a galaxy of enemies wanting to steal their abilities, and Daemon’s touch has me lit up like the Vegas Strip. The only way I’m getting out of this alive is by sticking close to Daemon until my alien mojo fades. If I don’t kill him first, that is.
(Source: Goodreads.com)

My thoughts about the book:
Who the fuck is Superman!? If I would choose an alien, then it has to be a Luxen! 😉
Seldom a book has gripped me so much right from the beginning and has presented so many different facets, like this here. I am a critical reader and although, I‘ve found here also two tiny critic points; I can say that the rest of it is simply fantastic and I would love to read on immediately.

The writing manner of the author fits perfectly to this New Adult version (a little ‘more‘ than YA) which plays with teenagers in their last Highschool year. Armentrout used pleasant formulation, but also short, crisp sentences and dialogues, which just fitted to modern teenagers at this age – but not exaggerated, like other authors like to do – but it has felt authentic and very real.
But the best for me were the dialogues and here mainly the bickering/ arguments between Katy and Daemon. With them you never know whether they immediately fall into each other’s arms or start to hit the other… … and here Katy was really a witty, perky antagonist, who never shrank away from the good-looker Daemon. But not only with her stubborn manner, but also with her cheeky answers, which made me smirk more than once. *great*

Also the other characters – beside the courageous, determined, cheeky Katy – were for me a highlight and here I liked mostly Dee, who is the neighbor and soon also the best friend of her. I really liked Dee’s cheerful, open behavior and therefore everyone can use someone like her as a friend. And of course I was also a fan of Daemon – bad if it wouldn’t be like that. But he also irritated me at the end with his moody behavior, so that he sometimes was really sweet to Katy and then again gave her the cold shoulder. This was more than just a little ‘slithery drive’ of emotions, but a huge rollercoaster²! 😉

The plot was okay for me, although a lot has already been spoiled in the synopsis of the book, which has decreased the reading pleasure a little. It would have been more exciting and thrilling if everything would have come unexpected and when it wouldn’t have been clear right from the start, that there are aliens in the story. Hence I’m in excited about the book, because it still could captive me and I didn’t could stop reading and I was through it within only one day. Well, I think, from now on I’m a fan of Armentrout! 😉

What I also found brilliant, were Kats references to her Blog and how she got excited about her new books and her blogging. Oh yeah, babe – I know how it is! *lol*
With that I totally felt connected to her and I think every other blogger, who will read this book, will feel the same.

I liked the idea with the aliens and the light very much and I want to read on with the next book as soon as I can, to find out how it will go on between them. I think in the next part there will be something about his brother Dawson, or at least I hope it and I also wish that are less arguments between Kat and Daemon, because otherwise it would become grueling, because we already know that they actually like each other – much. 😉

Cover:
I can hardly decide which version I like more. I find the older one with background with the flashes great and it’s also good, that you can’t see the girl from the front, because that leaves some space for your own imagination. But in the second cover I love the beaming green eyes of Daemon.

All in all:
Up to now Alien and I were no good combination, but here this book has disabused me and now I’m a fan of it. Actually for me it is rather an Urban Fantasy book than a Sci-Fi – but the separation makes no difference – because the book is just awesome and I recommend it gladly to everyone, although it’s a hyped book (usually they don’t work for me ^^)

Daemon: „You look like you got more of a bath than the car. I never
thought washing a car would be so hard, but after watching you for the last fifteen minutes, I’m convinced it should be an Olympic sport.“

Daemon: „I checked out your blog.“
Katy: „Stalking me again, I see. Do I need to get a restraining order?“
D.: In your dreams, Kitten. Oh wait, I’m already starring in those, aren’t I?
K.: „Nightmares, Daemon. Nightmares.“

Katy: ‚Because this was absolutely insane – the craziest thing I’ve ever done. Worse than giving a one-star review, scarier than asking for an interview with an author I’d give my firstborn to eat lunch with.‘ (*lol*).

About the author – Jennifer L. Armentrout:
USA Today Bestselling Author Jennifer L. Armentrout Lives in West Virginia. When she’s not hard at work writing, she spends her time, reading, working out, watching zombie movies, and pretending to write.
She is the author of the Covenant Series (Spencer Hill Press), the Lux Series (Entangled Teen), Don’t Look Back (Disney/Hyperion) and a yet untitled novel (Disney/Hyperion)
(Source: Goodreads.com)